Windows 10 has been one of the most rapidly growing Edition of Windows when it comes to market share. The NetMarket share released Yesterday reveal that Windows 10 is the second highest used Operating system claiming 14 percent of the market share.
Windows 7 remains on the top though with around 48 percent of share-dropping two percent from last month.However,the growth rate is on a decline. 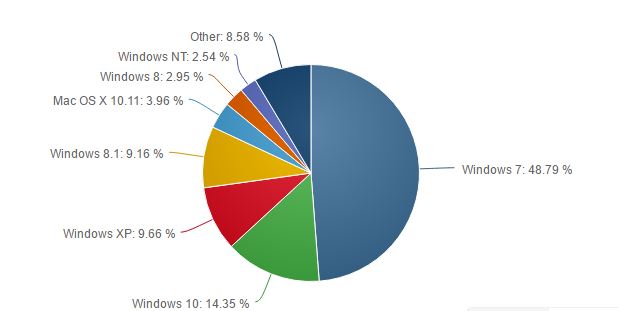 Image by Netmarket Share
The Interesting part is that Windows XP is still running on 10 percent which is quite a large amount.
I expect the share to grow up if the free upgrade offer continues after July because Windows 10 Anniversary update is quite promising.

As far as browsers are concerned,the stats reveal that Chrome has overtaken IE as the most used browser.Microsoft Edge sits at 3 percent share.
Share