Earlier today,Windows made a tweet about which announced 20 years of completion of Bliss wallpaper:

From @Timehop today: In 1996, Charles O'Rear took a photo that became the most popular Windows wallpaper ever. #FBF pic.twitter.com/Nnkqj6YJqo

Bliss was one of the favourite wallpapers in the history of Windows and was clicked by  National Geographic photographer Charles O’Rear while on his way to see his girlfriend back in 1996. 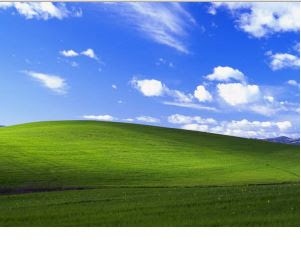 Many people claim that it was somewhat photo-shopped, but O’Rear said it wasn’t. O’Rear was on the road in St. Helena, California (located in the Napa Valley) when he saw the hill and clicked the photo.

Microsoft then licensed it from O’ rear and made it ship with windows XP,which became the most popular windows wallpaper ever.