Get Windows 10 app revised,now shows a countdown for the free upgrade offer 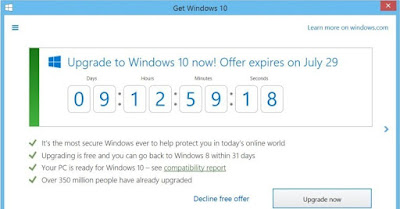