With Microsoft releasing build 14393 to fast ring, Slow ring and subsequent cumulative updates to both the rings as well, it was widely predicted that 14393 could be the build releasing for General availability called the Anniversary update. So in continuation, The software giant has made available the 14393 build to release preview ring, signalling the completion of RS1 builds just days before the global rollout which is August 2.
An item on feedback hub/Insider hub explains the same, and here is a screenshot: 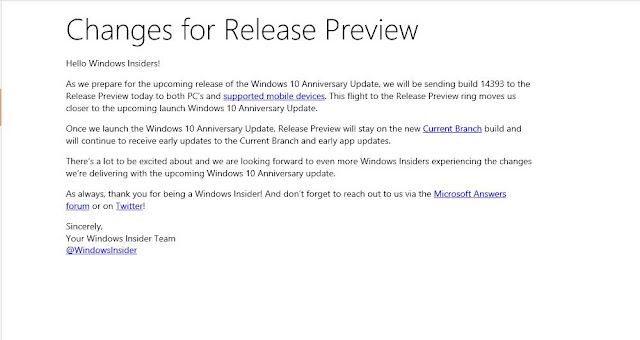 The release preview ring is stated by Microsoft as

Best for Insiders who want early  access to new features in the current branch with minimal risk and issues.

So, the ones on RP ring , go ahead and enjoy new features before the global rollout!