Today is 2nd of August, which is the release day of Windows 10 Anniversary update. The build that would be generally available is 14393 as it is released torelease preview ring couple of days ago.

Before that, Microsoft has released another cumulative update to this build which increments the build number in decimals by 5, making the build number 14393.10.
Here is what Dona Sarkar said in a tweet:

#WindowsInsiders: we have now released cummulative update 14393.10 to the Fast Ring via Windows Update

There is no change-log available in the feedback hub for this, so no support page exists. If you want to download this, the only way to get this update is windows update.

PS the Anniversary update releases in some hours, so we expect the build to ship with this cumulative update. 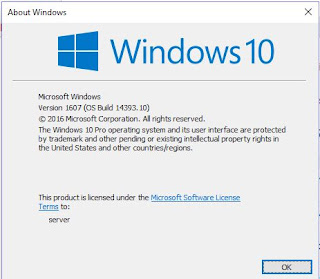