With Windows 10 released last year, Microsoft introduced a quite useful feature to rollback to your previous OS if it were an upgrade. Earlier restoring OS from windows.old was a tedious task as it required booting from an Installation media first, then doing some commands.

The time limit was given as 30 days to rollback to the previous OS. As Windows 10 was free as an upgrade from Windows 7 and Windows 8, for those who had issues with Windows 10 could easily rollback within 30 days.
Now moving forward, with the Anniversary update  to Windows 10, the rollback feature exists as well but the time limit to go back has been reduced, it is now only 10 days. 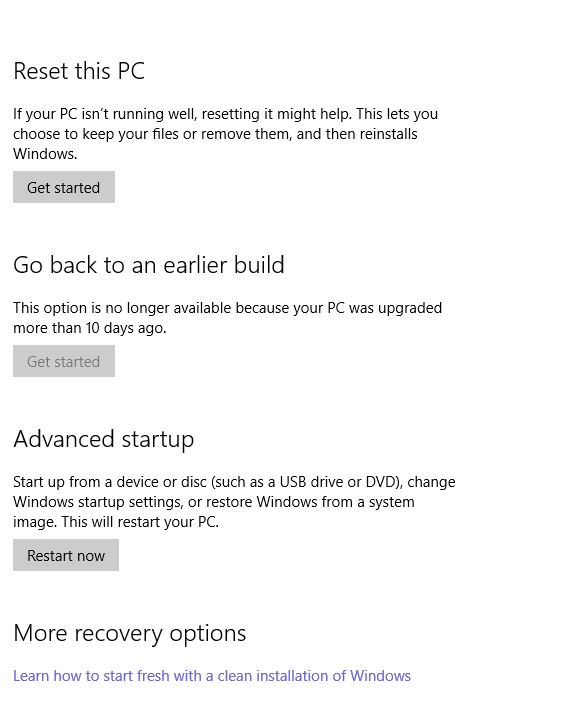 As you can see, my PC is already above the 10 day limit, so it says you cannot go back. One more small change is that the rollback option is now permanent, earlier it wasn’t shown when you didn’t had the files or if you had passed the rollback days.
Share