Windows 10 claims 21 percent of the OS share in June

The free upgrade offer to windows 10 ended last friday for computers running Windows 7 and 8. Although the aggressive push some sort of criticism from the users who didn’t wish to upgrade, but you cannot deny that Windows 10 is an overall success for the software giant.
Windows 10 officially has somewhat around 350 million+ users as per June 29th, but as the Anniversary update releases today, the official numbers should be updated soon.
Netmarket share, which releases statistics on the OS share has shared details of last month which are as under:
Here is a pie chart with more details: 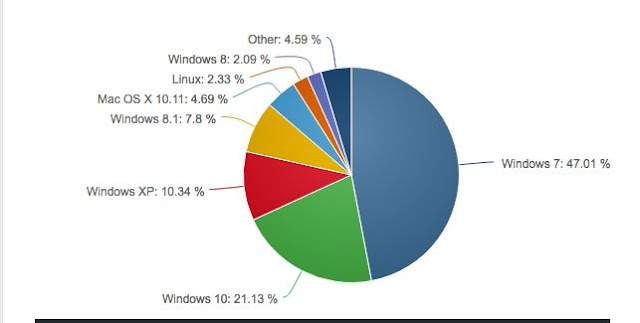 As the free upgrade offer has ended, it would be quite interesting to see how Windows 10 growth progresses. However it is now clear that it would take some time for Windows 10 to overtake Windows 7.
What do you think how windows 10 would progress?
Share