If you are running windows 10 v1607 on a computer on production ring, there is a cumulative update released Yesterday that jumps the build number to 14393.105. Though there is no patch Tuesday near, but the software giant aims to provide more and more stability to the GA build. The KB number is KB3176938. If you recall, the same update had released to Insiders in Slow and release preview ring a some days ago, but the build number was 14393.103.
Here is the changelog of the 14393.103 as posted on the update history page: 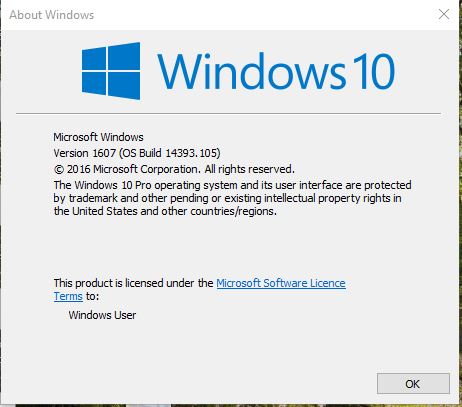 So we can say KB3176938 is re-released with some under the hood changes.
Share