The free windows 10 offer expired last month, but the August statistics show window 10 gaining 1.86 percent last month, according to Netmarket share. The OS now claims 22.99 percent of the world’s market which is pretty impressive if we see the OS is almost an year old.
As far as Windows 7 is concerned, it also gained 0.25 percent. On the other hand, Windows XP is down to 9.24, which seems very large if we see the OS support from the software giant.
The other OS almost remain same, which is explained using the following:

As far as browsers are concerned, Google chrome stays at the top with around 53 percent and Internet explorer being the second with 27 percent.
Microsoft Edge is at 4th position with 5 percent of the users. 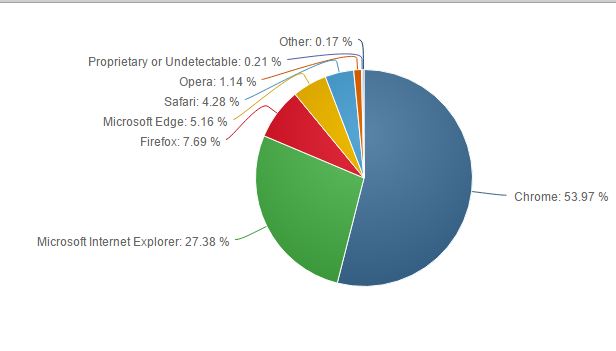