One of the powerful features of Windows 10 is Cortana, the personal digital assistant of windows 10. Cortana helps the user everywhere-from search to Edge.While Cortana is a very handy tool for users, Microsoft has always tried to improve it-Performance and feature wise so that the users can use it more efficiently.
The User Interface of Cortana has been improved greatly since build 10240, and the current one looks like this: 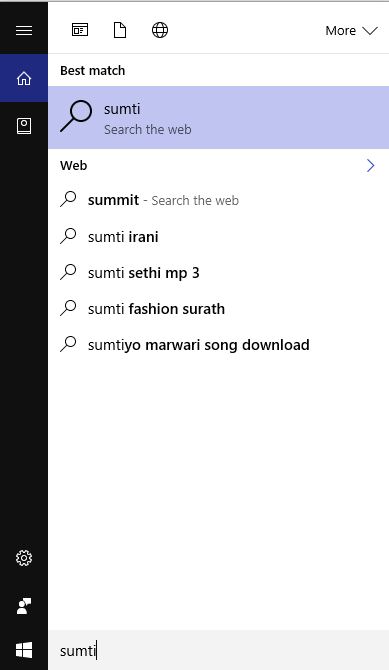 Now with the Anniversary update, the software giant introduced a new UI, that allowed you to shortlist your search within local files, web results and applications.
Now moving forward, a new UI of Cortana is being revolving around the Internet, that might be introduced with Redstone 2. According to MSPoweruser, the change is affecting only a small number of people and according to that the search bar is moved to the top. Other visible changes are also found pertaining to displaying elements along with a new major change.

The text box, normally grey or matching the set accent color, can be set to correspond with a rather light theme – changing the background of the box to white.

A floating cortana might also be available, but we would look forward to upcoming windows 10 builds as Redstone 2 is around the corner.
Share