With creator’s update, Microsoft has promised a lot of things to be shipped with the update. As we most likely are almost half par the time since a stable build was released, we expect more features in the later half.
The new supposed rumor is the Integration of Cortana with the Windows Installer. For those who don’t know(seriously?), Cortana is a digital assistant that ships with Windows 10 and makes things a lot easier. Cortana as of yet, reminds you about something you told her to remember and many other things. Now in continuation with this, Microsoft plans to integrate Cortana with Windows Installer- that would simplify the process of Installation. For example, saying next is a lot easier than clicking one.
A report from Windows Central says the same-that the latest builds of Windows 10 have a new OOBE i.e. Out of the box experience and by default listening to the user and awaiting voice commands. A sample screen that shows the new OOBE interface is as follows: 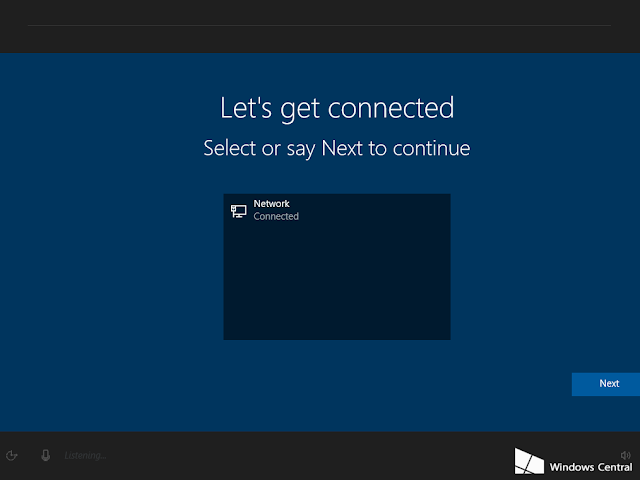 For the traditrional desktop users, keyboard and mouse are also supported as well, so you can either choose between Cortana/Keyboard.
The Insider program is on a holiday right now as due to holidays, but the program is expected to pace up in January. More to come.
Share