As usual, the first patch Tuesday of 2017 is near, so Microsoft employees are back to business. They were off for holidays(as usual everyone loves) but the team is picking up the pace slowly.
Microsoft has released KB3209835, specifically aimed at version 1607 and release preview ring. The build number jumps from 14393.477 to 14393.594. No changelog is live yet, and we expect it to go public on patch Tuesday. Meanwhile, readers can go through the following links to get the setup file in CAB format:

We would be updating this article, as soon as there are announced. 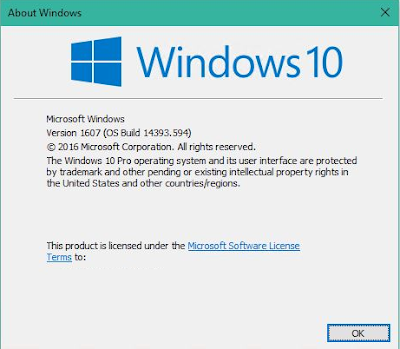 Whereas, the fast ring builds are also stopped lately. We expect a build soon with more new features as Microsoft has reportedly said that they want to feature complete RS2 by the end of January.
Share