Microsoft is currently beta testing Redstone 2 in Insider builds, which is nearly now feature complete. The builds started coming in September and the latest feature update contains many new features. Now as Microsoft is about to release this update, the software giant has many pre-processes they need to do.
A report from MSpoweruser suggests that this update is coming on April 11th, indicating its feature completion and nearly signing off. The report suggests the signing off would be done sometime next week. 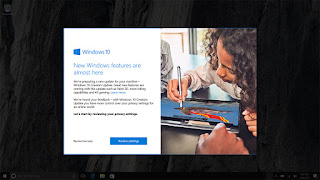 April 11 is the same date when Windows Vista retires. It is worth notable that Microsoft has started working on Redstone 3 as well, the details of which you can read here.