Timeline not to be a part of Fall Creators update, pushed back to Redstone 4

Microsoft has recently switched the gears has started to deliver many new features to Redstone 3 Insider builds as they discussed in their annual build conference this year. While many of the features have already arrived, but still there are many features that the people are waiting for. Timeline, is one of that which was introduced immidiately after build, but was very rough to use. Still the condition is the same.
Microsoft’s Joe Belifore has now said that this feature wouldn’t be a part of fall creators update. It would be released to Insider builds of Redstone 4.

Correct. Timeline won’t be in the Fall Creators Update. We’re planning for it to be in early insider builds shortly after FCU is out.

Those who don’t know about it, Timeline was showed as an extension of the task view feature. Timeline, together with showing your currently open apps from PC would also show apps from your other devices like Android and iOS as well. 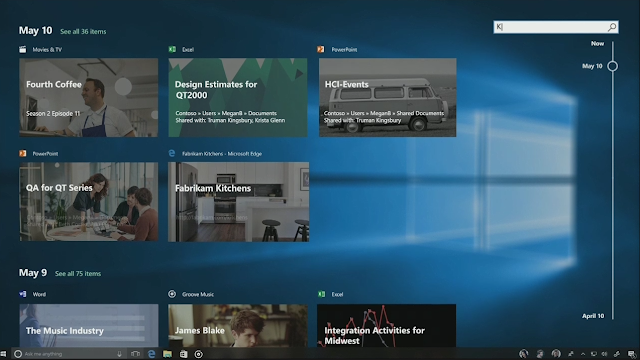 Microsoft is committing to provide 2 major feature upgrades every year, so making available every feature they show previously looks a daunting task.
Share