Microsoft had to withdraw Windows 10 version 1809 due to reports of file loss. After investigating, Microsoft re-released the update but this time to Insiders only, last Tuesday. Continuing this further, Microsoft has released a new cumulative update KB4464455, which brings a number of changes and fixes reported by people. This update is only available to Windows Insiders only, as of now as Microsoft is testing things before they move forward. The build number increments to 17763.104 after the update.

The following changes are coming with the KB4464455 update:

This Cumulative update would only be available through Windows update. 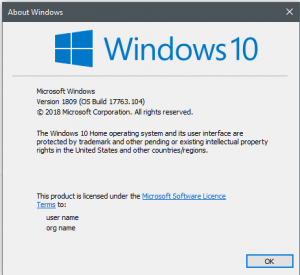