Last year, Microsoft announced a new version of Microsoft Edge to be released to the public. The new version of Edge adopted the blink engine, which is what the world’s most used browser is based on, Chrome. At the time of the announcement, Microsoft released 2 releases of browser, called Dev and Canary which is similar to what Chrome has. Beta channel was released in November 2019, which was supposed to be the release candidate for the stable release.

Fast forward to 2020, Microsoft yesterday announced they are releasing the new browser to the stable, which can be downloaded using this link. Microsoft says they are going to release it through Windows update channel, first set of users who would get the update would be Insiders in the release preview ring. The rollout would then expand based on the experience of the users.

This version of Edge has got positive feedback from Microsoft experts and watchers. I am also using this browser since the early releases. However, there is some unfinished work where your History and extensions do not sync if you have multiple computers. Microsoft promises they are coming very soon. 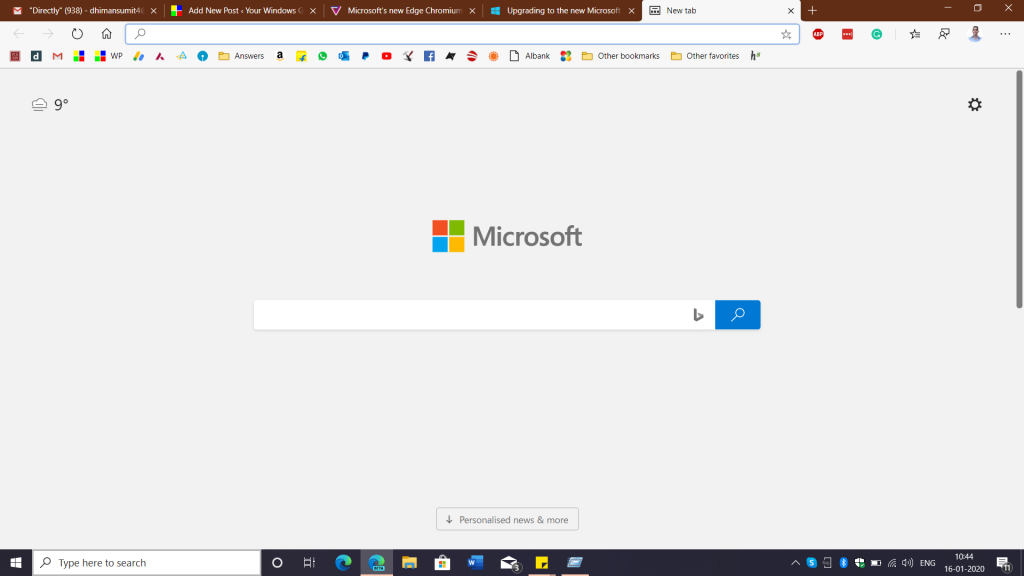 Here is how the new Microsoft Edge looks like

More information is in the links available here:

Upgrading to the new Microsoft Edge

New year, new browser – The new Microsoft Edge is out of preview and now available for download