Windows 10 May 2020 update is the next update to Windows 10, scheduled to release in May 2020(tentative date). This is the first major update since version 1903, released in May 2019. This article explains what the new features in detail are. 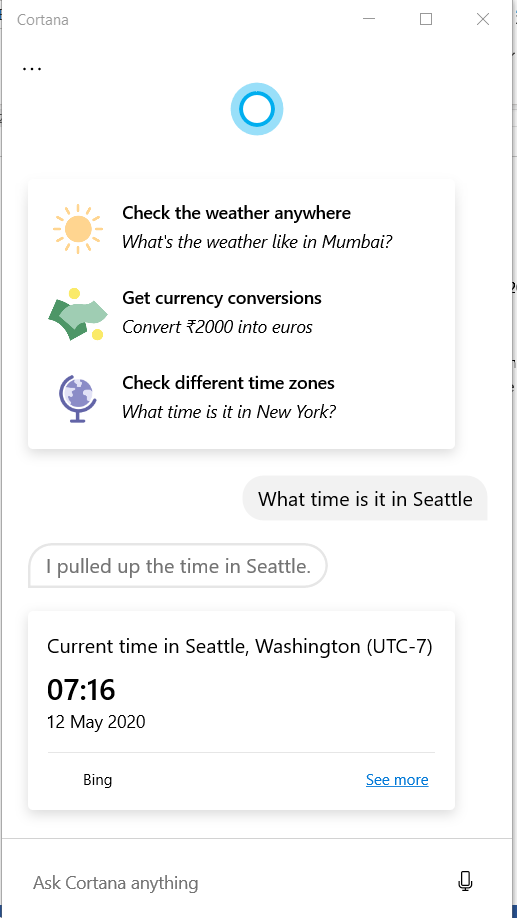 With the Windows 10 May 2020 update, Cortana is now independent of Search and now Microsoft is branding it as a productivity assistant. Now instead of voice, the Cortana app is focused on the keyboard as the majority of users use Windows 10 with a keyboard.

Voice is side by side supported as well. You also can see suggestions as you continue to use Cortana. Also, as it is an app right now, you can move it anywhere on your screen by dragging the same. Contrary to the old version, the skills and features are now gone, including controls of home. 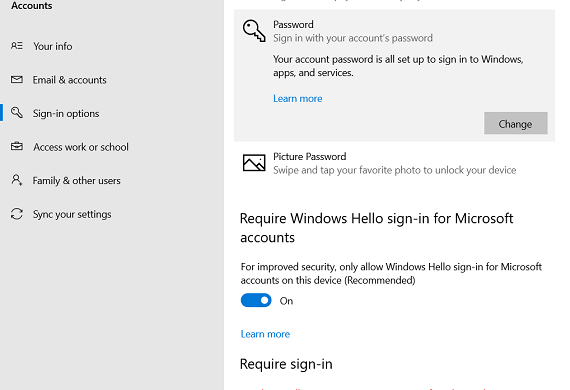 In Windows 10 May 2020 aka 2004 update, the work to merge control panel to Settings app continues. The mouse pointer Settings are added in Settings together with some minor additions.

Another notable Improvement in Settings Include is in the Accounts Section. If you have set up Windows Hello, the option to sign in through the password is disabled. Microsoft in the explanation says, as Windows Passwords are the same for all devices, it is a weak point and compromises your computer. 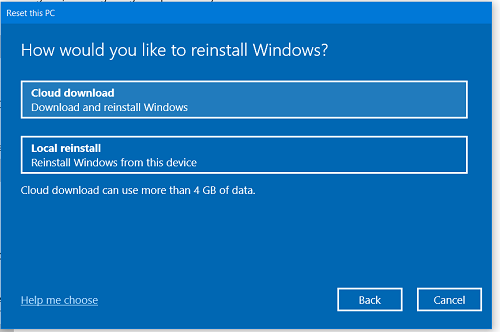 Another wonderful feature in Windows 10 version 2004 update is Cloud Reset. In case if your computer does not have a built-in Recovery Image or the same is corrupted, you can download Windows 10 Image from the Internet so that you can Reset your computer successfully. 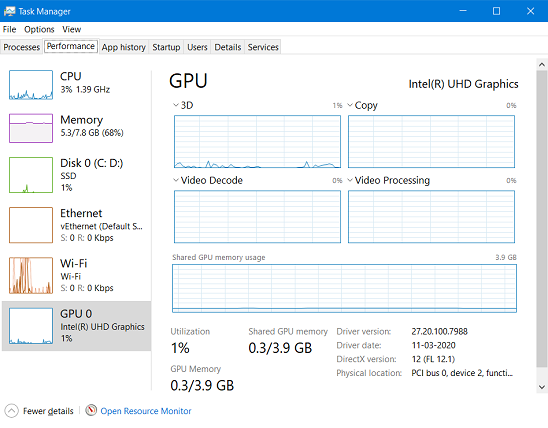 In Windows 10 May 2020 update, Task Manager has improvements.  Now Users can see GPU temperatures in the Performance Tab. The requirements for the same is, your GPU must support WDDM 2.4 and higher.

The other indicator is, you see if your device has an HDD or an SSD on the Performance Tab itself. 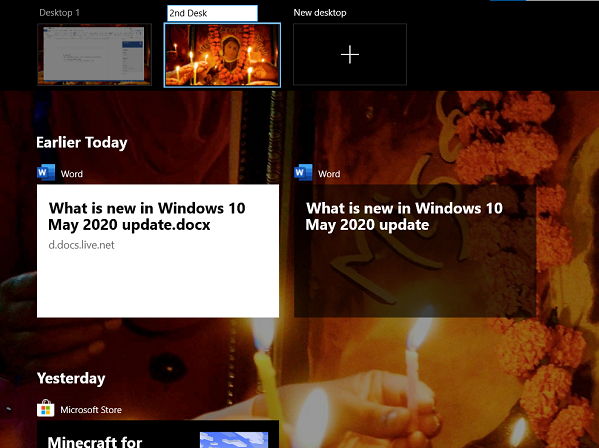 With the new Windows 10 version 2004 update, Task View has got minor improvements. This includes: 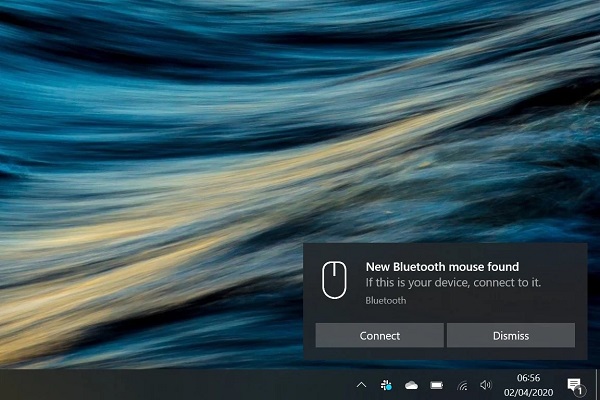 Windows 10 May 2020 release includes Improvements to the Swift Pair. Swift Pair was introduced in version 1903. With Windows 10 version 2004, this procedure has been rationalized to just the preliminary popup requesting the user to attach the device. Once you hit connect, the process would automatically be done and you do not need to go to Settings.

With Windows 10 version 2004, WSL 2 is introduced that offers many improvements over WSL 1. You can read more about it here.

These are some major improvements we would see in Microsoft’s Windows 10 May 2020 i.e. Windows 10 version 2004.If you find something else that deserves to be mentioned, let us know!