The second and third methods to Install a Windows 10 feature update are the Upgrade Assistant and Windows 10 Media Creation Tool. Both of these methods are more reliable than Windows Update. If an Update fails using Windows Update, you can try the methods listed below:

If the Media Creation Tool to Install feature update fails
If the Media Creation tool fails as well during the install of the update, it would roll you back to the previous OS. After this, you would get a screen saying similar to this. The error code and text would obviously vary. There can be a BSOD during the Setup as well, which is discussed later. 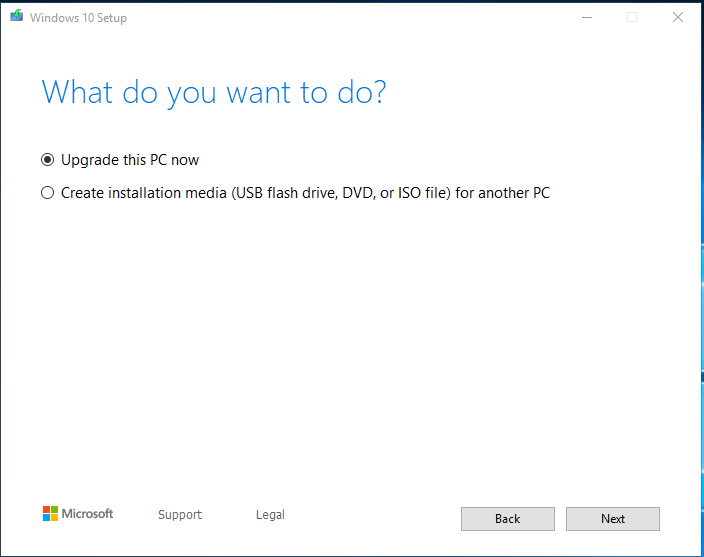 In these cases, troubleshooting is a bit tedious task to do. The references below explain this in detail and it is covered here in a compact manner.

The error code in these cases is quite important in the analysis. Sometimes the error code is simple to interpret like 0x80070070 – 0x50012, which clearly indicates a free space issue. The common errors and their resolutions are given on the Microsoft Docs page which is a quite handy guide for novice users as well. There is no guarantee that the error code and the resolution would make the update successful next time, but it is worth giving it a try.

If the error codes do not give you a hint on where to go, follow the standard steps which can be used are as follows: