[Fix] Your PC settings aren’t supported yet on this version of Windows 10.

Recently, some reports have surfaced where if the user tries to upgrade to Windows 10 version 2004, you may see a message like this. 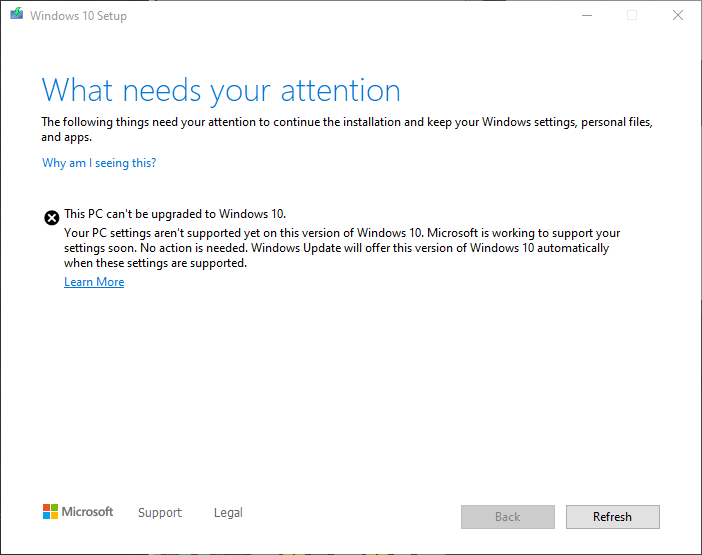 The compatibility hold message doesn’t give any helpful information about what exactly the issue is. Many people are having the same problem but there is no definitive cause. I list some fixes for the “Your PC settings aren’t supported yet on this version of Windows 10″ error.

Although Microsoft hasn’t publically acknowledged the error, Jenny Feng, an MSFT employee has posted an answer to a similar question posted on Docs.

Workaround for this error

First and foremost, if there is no urgency for updating, I would like to tell you to wait until the hold lifts. However, if it is urgent, you may try the following:

If MSFT posts more details, I would update them here.