Microsoft released updates to all the supported versions of Windows 10 this week on Tuesday. While the experience so far has been positive, there are a number of customers, who are encountering a BSOD issue after Installing KB5000802 for Windows 10 20H2/2004 or KB5000808 for Windows 10 1909, when trying to Print.

As soon as the monthly thread was published, the reports started to come(1,2) from users hitting APC_Index_Mismatch BSOD blaming win32_full.sys file. After the reports, Microsoft also pulled back the update temporarily but the update was brought back soon. Users affected mainly are using Kyocera Printers, but reports include other company printers as well. Also, the support article for KB5000802 was updated by Microsoft that they are investigating. 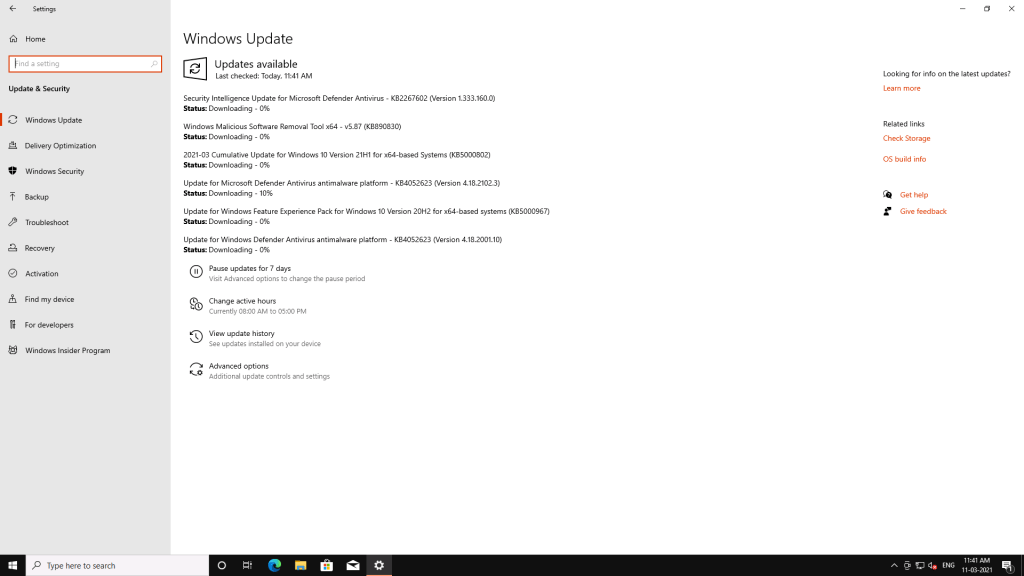 My device was offered KB5000802 at the time of writing

While there is no fix offered by Microsoft yet for BSOD after KB5000802, if you are affected, you can simply uninstall the update to resolve the issue. If needed, pause the updates for 7 days.

The steps for that are as under:

Were you affected by the printing issue? Let us know.