In some cases, if a user tries to update Windows 10 to a new release like Windows 10 20H2 or Windows 11, the setup would ask you to uninstall Virtualbox. This article helps you to correct the same error and proceed with Updating Windows 10. 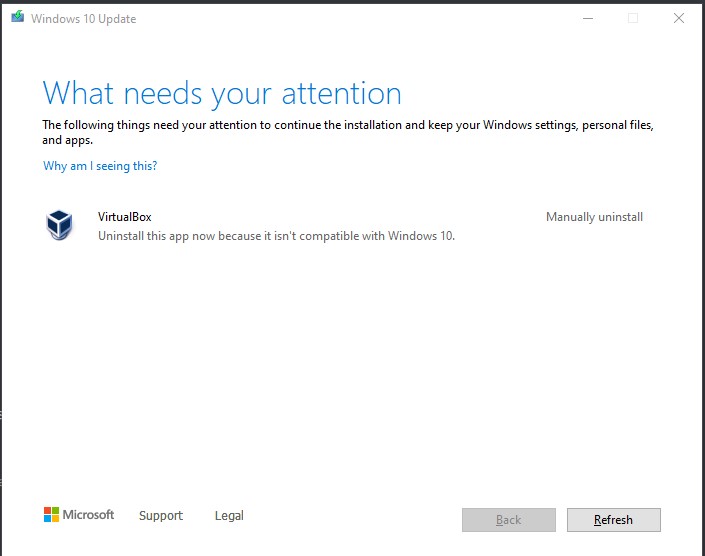 A user being asked to uninstall Virtualbox

The setup error is very generic, and it does not help much to root the issue. What happens is, Virtualbox is a virtualization software; that is, it allows running an Operating System on top of Windows(called as emulation), like Android, a Windows Install, etc. Under the hood, Virtualbox is used by a variety of applications. Hence, in reality, though you may not have Virtualbox installed, some other application is likely be using it in the background, which is installed on your computer. So if you remove the software, the error would no longer be. Alongside this, if the Software developer has updated his software with the new version of Virtualbox, you should not see the message.

To fix the Virtualbox blocking Windows 10 update to a new version, please go through the steps below.

These steps would help you to remove Virtualbox so that you can update Windows 10 to the latest release.